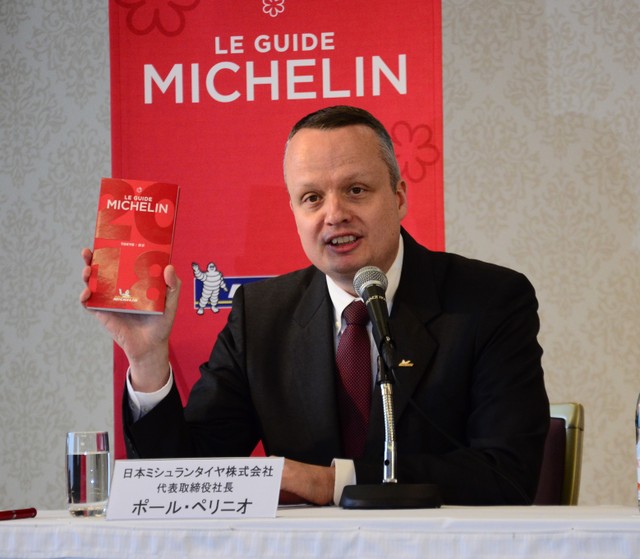 Learning to read Japanese is the most daunting part of studying the language. It’s helpful to have a 先輩 (senpai, older student) or a teacher to walk you through some of your first few texts.
The online literature repository 青空 文庫 (Aozora Bunko, Blue Sky Books) is a different sort of ally in the battle for Japanese literacy. Aozorais a インターネットの電子 図書館 (Intānetto no denshi toshokan, electronic internet library) that contains works of literature in the public domain. These are works by authors who have died and the 70-year posthumous period of their copyright passed. Volunteers transcribe the texts and upload the files to make them available on the internet.
There is a huge range of literature from well-known authors suitable for readers at different levels. It’s fun to browse, but the site can sometimes be intimidating and frustrating; you can spend more time looking for something to read than you do actually reading. Allow me to provide a few suggestions.
For those just getting started, you can find a number of easy-to-read fables, including one by the feminist novelist and poet 林芙美子 (Hayashi Fumiko) titled 鶴の笛 (Tsuru no Fue, “The Crane’s Flute”).
The language is simple and the story is straightforward. A flock of cranes suffers during a famine. 気の早い鶴はみんな旅仕度をして遠くへ飛んでゆきました (Ki no hayai tsuru wa minna tabijitaku o shite tōku e tonde yukimashita, “All the excitable cranes prepared to travel and flew off far away”).
This leaves a pair of lonely cranes who provide a quick lesson on using の (no) in place of が (ga) in relative clauses. 足の悪い鶴 (ashi no warui tsuru, the crane with a bad leg) is left behind with his wife. The no may seem unnatural — as opposed to 足が悪い or おなかがすいた — but you’ll pick up on this pattern quickly.
The cranes, also referred to as おなかの すいた二羽 (onaka no suita niwa, two hungry cranes), manage to struggle through with the power of the 笛の音色 (fue no neiro, the sound of the flute) after the husband crane discovers the flute, and the story provides a nice if a little saccharine moral: みんな愛し あってゆきましょう (minna aishiatte yukimashō, “let’s all love one another”).
You can also find classics from authors like 夏目漱石 (Natsume Soseki). His こころ (Kokoro, “Heart/Soul”) is from 1914, but you might be surprised how clear some of the language is. The narrator begins by describing his relationship with the Sensei: 私はその人を常に先生と呼んでいた (Watakushi wa sono hito o tsune ni sensei to yonde ita, “I always called that person sensei”).
For many years, Haruki Murakami’s 夜の くもざる (Yoru no Kumozaru, “The Night of the Spider”), a collection of “super short” stories, has been a tempting challenge for translators. The 36 stories contained in the collection are so short and funny that many aspiring translators have tried to post a complete translation online — only to receive take-down notices from Murakami’s representatives.
Soseki’s 夢十夜 (Yume Jūya, “Ten Nights of Dreams”), a short collection of 10 surreal stories, also available on Aozora, provides an interesting alternative. The stories are great practice, and you won’t receive any challenge from Soseki.
Actually, writer and translator Matt Treyvaud initially published his translations of Soseki’s public domain works on a blog before being hired by Dover Publications to do a new official translation of Yume Jūya.
Treyvaud’s lucid prose accurately captures the creepy feel of the original, such as this encounter with a ghostly woman in the first of the 10 dreams: 静かな声でもう死にますと 云う(Shizuka na koe de mō shinimasu to iu, “I am dying, she said in a quiet voice”). Treyvaud also shows that it’s best to render Japanese in natural English rather than to overthink the Japanese construction. The best example of this is the phrase that begins several of the dreams: こんな夢を見た (konna yume o mita, “This is what I dreamed”).
Texts on Aozora can also provide a better sense of the historical experience of Japanese. For example, poet and essayist 片山広子 (Katayama Hiroko) writes about the ravages of インフレ (infure, inflation) in her 1953 essay コーヒー五千円 (Kōhii go sen en, ¥5,000 Coffee).
But the most interesting historical resource is by far author 太宰治 (Dazai Osamu). Many of Dazai’s nonfiction texts on Aozora detail the war experience.
In 東京だより (Tokyo Dayori, “Dispatch from Tokyo”) he gives an account of women working in factories and provides this wonderful description of visiting a factory: ただ 算盤の音と帳簿を繰る音が爽やかに聞こえて、たいへん気持のいい眺めなのでした (Tada soroban no oto to chōbo o kuru oto ga sawayaka ni kikoete, taihen kimochi no ii nagame nano deshita, “It was an incredibly pleasant scene; I could hear only the crisp sounds of the abacus and the turning of pages in the ledgers”).
In 春 (Haru, “Spring”), Dazai details a bombing that wrecks his house, yet brings him to a somewhat ironic conclusion about life at the age of 37: 戦争のおかげで、やっと、生き抜く力を得たようなものです (Sensō no okage de, yatto, ikinuku chikara o eta yō na mono desu, “Thanks to the war, I, finally, seemed to gain the strength to survive”).
When things get bad enough, Dazai writes about evacuating his family from Tokyo in 海 (Umi, “The Sea”), motivated by the desire to show his daughter the ocean at least once before the war has a chance to kill him. The daughter’s reaction when she finally gazes upon the sea from a train is hilariously child-like, but I won’t spoil it for readers.
If you’re pressed for time, Dazai has one story that is a mere 111 characters — less than a tweet! In 田舎者 (Inakamono, “Country Bumpkin”) he brags about exactly how much of a bumpkin he is.
Aozora is a treasure chest for Japanese readers. The bonus is that because the texts are all digital, unfamiliar words and grammatical constructions can easily be copied and pasted into online dictionaries and search engines. Once you’ve finished the above recommendations, you should dig through other authors and see what you find. Happy hunting!
張貼者： hanching chung 於 下午6:09 沒有留言:

If you missed today performance at The Met Cloisters, activist and movement artist Eiko Otake will be performing "A Body in Places—The Met Edition" for November 12 at The Met Breuer and November 19 at The Met Fifth Avenue.

“1905: Japan Through the Lens of Frank Lloyd Wright”

Have you seen our exclusive online exhibition, “1905: Japan Through the Lens of Frank Lloyd Wright” yet? Enjoy photos from Wright’s first trip to Japan. https://www.wrightsjapan1905.org

The Mitsubishi Regional Jet, or MRJ

Sharp-nosed Japanese jetliner could be game changer for U.S. flyers

Japan's first commercial airliner in more than 50 years has arrived on the international stage.

Mitsubishi Aircraft Corp. is showing off its new jet -- known as the MRJ -- at the Paris Air Show this week. The 92-passenger plane promises to reshape regional flying in the U.S. and upend a market long dominated by Canada's Bombardier (BDRAF) and Embraer (ERJ) of Brazil.
But the MRJ is less of a revolution than an evolution of a familiar package: two engines, two wings, and a slightly roomier cabin than its competition. It does have one unmistakable feature, though -- a sharply aerodynamic nose that resembles some of Japan's famous bullet trains.
Here's Mitsubishi's pitch to airlines: This plane will save you money by using 20% less fuel thanks to its all-new aerodynamic design and a pair of advanced engines.
Those features can help open new short routes that aren't profitable with an older generation aircraft today. The MRJ's new Pratt & Whitney engines also mean less noise and lower emissions, allowing it to fly in and out of tightly restricted airports.


Test flights over the U.S.
The Japanese jet won't be carrying regular passengers until 2020. But for the next few years, the MRJ fleet will be flying over the U.S.
There's not enough open sky in Japan to test the new airliner, so Mitsubishi has set up shop in eastern Washington state to put its current fleet of four test aircraft through their paces.
Related: Boeing takes a swing at Airbus with bigger 737 Max
While it's built in Nagoya, Japan, the MRJ is a global collaboration.
Half of the jet's parts are made by U.S. manufacturers. Its avionics come from Rockwell Collins (COL), for example, and its engines from Pratt & Whitney. That means the plane is supporting manufacturing and engineering jobs in both countries.
Japan's All Nippon Airways will be the first to fly the MRJ. But about 80% of the plane's more than 400 orders and commitments come from U.S. regional airlines that fly for Delta (DAL), American (AAL) and United (UAL).
Mitsubishi joins the big leagues
The huge Japanese conglomerate behind the MRJ, Mitsubishi Heavy Industries (MHVYF), has been making complex parts for plane makers like Boeing for decades.
In the 2000s, it decided it wanted to go further. Mitsubishi set out to prove it could design and build an entire aircraft itself, weaving all the different pieces of a design together -- a skill few nations have developed.
Related: Decades of crazy, cool planes
"We're setting the foundation of a new industry in Japan," said Alex Bellamy, the 37-year-old head of MRJ's program office who joined Mitsubishi from Bombardier last year.
The MRJ was originally supposed to start flying passengers in 2013, but didn't get airborne until 2015. And in 2016, Mitsubishi discovered its own inexperience was causing major headaches.
Cascading problems
It needed to rearrange something as apparently simple as a cabinet of electronics equipment. But one small change would cause another, cascading across the jet. It would eventually force Mitsubishi to redesign miles and miles of the jet's wiring. Two more years would be required to sort everything out, pushing its passenger debut to 2020.
"This was a big wake up call to the program," Bellamy said in a recent interview. "When you stumble across something as complicated as this that has such a major program impact, it would negligent of us not to stop and think."
Related: Countries flex their military muscle in Paris
So Mitsubishi pressed pause and went out in search of young and ambitious experts like Bellamy who had worked on recent new aircraft programs in the U.S., Europe and Canada. They re-checked every part of the plane.
Thirteen of its program leaders now hail from 10 different countries. And many top engineers and managers are under 40.
Mitsubishi believes it's getting back on track now, but there are still big tests to go that could reveal issues. And despite all the MRJ's struggles, its rivals aren't being complacent.
"It's a new competitor," Embraer CEO Paulo Cesar de Souza e Silva said in an interview Monday. "We take them very seriously."

China dreams of breaking the Boeing-Airbus duopoly
But like Canada and Russia, it is discovering how hard this is
ECON.ST

Japan is betting future cars will use hydrogen fuel cells