The spiritual trail of Mount Koya

One of Japan's most sacred sites and the home of Shingon Buddhism.

https://en.wikipedia.org/wiki/Nakasendō
The Nakasendō also called the Kisokaidō (木曾街道), was one of the five routes of the Edo ... Among them was the rejuvenation of Japan's thousand-year-old highway system. Five roads were formally nominated as official routes for the use of ... 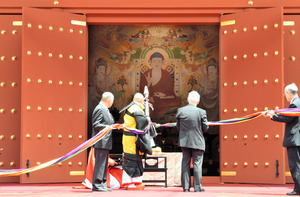