TOKYO — Japan’s Supreme Court has ruled in favor of a whistleblower for the first time in a case that highlights the harsh treatment outspoken employees have endured in a nation that zealously values loyalty and conformity.
Despite being a good salesman with experience in the United States, Masaharu Hamada, 51, was demoted at Olympus Corp., forced to take rudimentary tests and ignored by colleagues, in what he alleged was reprisal for raising the issue of supplier complaints.

He received a notice Saturday from this nation’s highest court, dated Thursday, dismissing the appeal by Tokyo-based camera and medical equipment maker Olympus of a 2010 lower court decision. It sealed the victory of the little “salaryman” against a giant of Japan Inc.
“We need a society where honest hard-working people don’t lose out,” Hamada told The Associated Press. “This is about justice and human rights.”
Hamada’s story highlights how workers labeled as misbehaving are punished in Japan, where major companies like Olympus offer lifetime employment, although they more freely fire contract and part-time workers.
That means employees like Hamada become targets of cruel harassment designed to silence them or make them quit. Hamada was nearly driven to breakdown during his five-year battle.
Japan is behind some Western nations in protecting whistleblowers. A law to protect them was enacted only in 2006, and critics say it is inadequate because it does not penalize companies that punish whistleblowers. To pursue legal action, whistleblowers can’t quit as the law only applies to employees.
Only a handful of whistleblower has come forward in Japan in the past few decades. When they do, they are treated as outcasts, sometimes being told to sit in closet-sized offices or to mow the lawn. Sometimes even their children become victims of discrimination. So abhorred is the employee who dares to question the company.
Hamada sued Olympus in 2008, saying he was punished for relaying a supplier’s complaint that its best employees were being lured away by Olympus. Olympus said he was merely transferred, not demoted.
His case is considered a whistleblowing case in Japan because he went first to his bosses and then to the company compliance unit, trying to raise questions about the professional behavior of colleagues for the public good, and, as the Supreme Court found, was punished unfairly in retribution.
Last year, the Tokyo High Court reversed an earlier district court decision and ordered Olympus to pay Hamada 2.2 million yen ($28,000) in damages for the transfer. Olympus had appealed.
Olympus was not immediately available for comment Saturday. In the past, it has called the court rulings favoring Hamada “regrettable.”
Olympus has been targeted recently by another high-profile whistleblower, Briton Michael Woodford, the former chief executive.
Woodford was fired in October after he blew the whistle on dubious accounting at Olympus. The company later acknowledged it hid 117.7 billion yen ($1.5 billion) in investment losses dating back to the 1990s. Three former Olympus executives, including the ex-chairman, were arrested earlier this year on suspicion of orchestrating the accounting cover-up.
Woodford has become a hero in Japan. Three weeks ago, Woodford won a 10 million pound (1.2 billion yen, $15.4 million) settlement from Olympus in a British court. He had sued alleging unlawful dismissal and discrimination as he was not given the same treatment as a Japanese employee.
How Hamada will be treated at Olympus on Monday remains unclear.
He plans to show up at work at 8:45 a.m. as usual, wearing his company color, blue, as he is confident he is an upstanding “Olympus-man.”
Hamada said he would like to be transferred to the corporate compliance division, given the serious problems that have surfaced with Woodford’s case and the knowledge he has gained about proper management through his court battle.
“I would like to work for the true revival of Olympus, where dedicated employees can work and feel joy, in a nurturing environment, and be proud,” said Hamada.
***

EDITORIAL: Freedom of expression must be protected
2012/06/30
On the question of Nikon Corp.'s decision to cancel a photo exhibition featuring "comfort women" 慰安婦 who were forced to provide sex to Japanese soldiers before and during World War II, the Tokyo District Court issued an injunction requiring the company to provide the venue in line with the contract with a photographer. Although Nikon filed an appeal, the photo exhibition opened on June 26 as scheduled.

A scene from "Olo" (Provided by Sukoburu Kobo)

Kuku Minami, owner of the Mamekura curry restaurant in Tokyo's Musashino who proposed making a documentary of a Tibetan refugee boy (Provided by Kuku Minami)
Tokyo curry shop owner Kuku Minami is more used to dishing out his spicy creations than being behind the camera of a serious documentary film.


By ROPPEI TSUDA/ Staff Writer
Tokyo curry shop owner Kuku Minami is more used to dishing out his spicy creations than being behind the camera of a serious documentary film.
But Minami felt he wanted to show the plight of Tibetan refugees, so he set about making a film, which will be opening in two Tokyo theaters starting June 30.
The movie, titled "Olo," is about a Tibetan boy fled from his home country to India at age 6 and is now in his early teens and living in a refugee facility in northern India.
“I hope the audience members will get a sense of hope from the protagonist who is searching for a way to live,” said Minami, 61, the owner of Mamekura, a curry restaurant in Tokyo’s Musashino.
Minami is the man behind the making of "Olo," from the planning and casting, to shooting in overseas locales.
Organizing a charity event with his friends for Tibetans in the summer of 2008, Minami felt compelled to show the difficult life that many Tibetan refugees are facing.
Minami talked to a new friend, screenwriter Hisaya Iwasa, who told him, “Why don’t you make a movie focusing on a child, for example?”
Minami met Olo in the winter 2009 in India, when he was visiting refugee facilities operated by the Tibetan government with Iwasa and others.
He was touched by the boy with the clear eyes and innocent expression, despite his sad and eventful past of having to leave his family and flee his country.
Minami talked to him in broken English. “Are you interested in appearing in a movie?” he asked the boy.
Iwasa, who directed the film, appears in the documentary as he travels along with Olo, which was Minami’s idea.
The reason?
“Olo was overwhelmed, suddenly being selected to play the main role,” Minami recalled. “I wanted to help him open his mind and bring his natural self out.”
Although Minami was a total stranger to filmmaking, he filmed his movie on location in India and Nepal in 2010 and 2011.
He slept with Olo in the same room, and volunteered to play the role of his father during the location shooting.
Three years since Minami conceptualized the film, his movie was completed, thanks partly to funds raised from more than 400 people.
The movie revolves around Olo’s nostalgia for his homeland, but includes scenes of the young teen mingling with Tibetan refugee women, who appeared in another of Iwasa’s movies, and some animation.
“Many people in the world are forced to live like Olo and his friends,” Minami said. “I want as many people as possible to understand the reality.”
“Olo” will be shown at Eurospace in Tokyo’s Shibuya Ward from June 30 and at Baus Theater in Tokyo’s Kichijoji district from July 7, and followed by screenings in other venues in Japan. 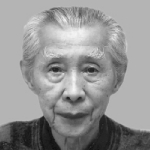 Maki-e (蒔絵?, literally sprinkled picture) is Japanese lacquer sprinkled with gold or silver powder as a decoration using a makizutsu or a kebo brush. The technique was developed mainly in the Heian Period (794–1185) and blossomed in the Edo Period (1603–1868). Maki-e objects were initially designed as household items for court nobles, they soon gained more popularity and were adopted by royal families and military leaders as an indication of power. 
The Celestial Railroad - Fantasy Railroad in the Stars (Full Film)

Poet Kenji Miyazawa's cello and his sister Toshi's violin are on display side by side at the Miyazawa Kenji Museum in Hanamaki, Iwate Prefecture. (Hiroshi Tadaki)
HANAMAKI, Iwate Prefecture -- Famed poet and children's book author Kenji Miyazawa died at age 37 in 1933 leaving behind few things but his beloved works and his favorite cello.
張貼者： hanching chung 於 上午7:44 沒有留言:

The Inamori Foundation said Friday that U.S. computer scientist Ivan Sutherland won the advanced technology prize. Sutherland is perhaps best known for developing the Sketchpad in 1963. The graphics interface program that allowed users to manipulate figures on a screen through pointing a device — an innovation that helped people use computers without the need for complicated programming.

Gayatri Chakrovoty Spivak , an Indian literary critic and educator whose work focuses on those marginalized by Western culture, including immigrants, the working class and women, won the arts and philosophy prize. A professor at Columbia University, she is known in literary circles for her essay, “Can the Subaltern Speak?” about the economically dispossessed.

Japan’s Yoshinori Ohsumi, a molecular biologist at the Tokyo Institute of Technology, was awarded the basic sciences prize for his contributions in the significance of autophagy, now regarded as a vital cell-recycling system that may aid in future developments to treat neurodegenerative diseases such as Alzheimer’s, cancer and other age-related ailments.

The Inamori Foundation is a charitable body established in 1984 by the founder of Japanese electronic component maker Kyocera Corp., Kazuo Inamori.

Each laureate will receive a diploma, a gold Kyoto Prize medal and a cash gift of 50 million yen ($630,000) at a ceremony in Kyoto in November.

Jump to: navigation, search
The Japan Prize (日本国際賞) is awarded to people from all parts of the world whose "original and outstanding achievements in science and technology are recognized as having advanced the frontiers of knowledge and served the cause of peace and prosperity for mankind."
t is presented by The Science and Technology Foundation of Japan. The prize consists of a certificate, a commemorative medal and a cash award of approximately 50 million yen (about USD$450,000). Only living individuals may be nominated for the prize.

Jump to: navigation, search
The Kyoto Prize (京都賞) has been awarded annually since 1984 by the Inamori Foundation, founded by Kazuo Inamori (fortune from ceramics). The prizes are the Japanese equivalent of the Nobel Prize, as they recognize outstanding works in the fields of philosophy, arts, science and technology. The awards are given to not just those that are top representatives of their own respective field, but also to those that have contributed to humanity with their work.
Prizes are given in the fields of Advanced Technology, Basic Sciences and Arts and Philosophy. Within each broad category, the prize rotates among subfields, e.g. the technology prize rotates across electronics, biotechnology, materials science and engineering, and information science. The prize was endowed with 50 million yen and Kyocera stock. The prize is rising in prestige as it covers fields not often awarded by the Nobel Prizes.

This award-related article is a stub. You can help Wikipedia by expanding it.
張貼者： hanching chung 於 上午7:00 沒有留言: